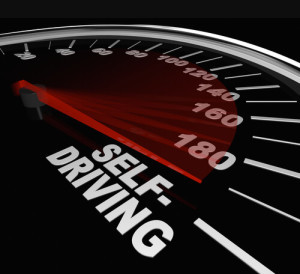 Since 2012, software companies like Google have been testing self-driving vehicles. Recently, however, one of Google's self-driving cars, which was traveling at approximately 2 miles per hour, hit a bus while it was changing lanes after erroneously predicting that the bus would either slow down or stop.

The accident was minor and without injury, and Google later accepted responsibility for the accident, acknowledging that if its vehicle hadn't tried to switch lanes at an inopportune time, there would have been no collision.

Driverless cars have the potential to usher in huge safety benefits. In the United States alone, there are tens of thousands of people killed due to auto accident each year and the number is much larger worldwide. What's most unfortunate is that most of these accidents are preventable and due to carelessness, poor driving skills, or some form of criminal negligence.

However, today's driverless vehicle technology makes it possible for cars to automatically apply the brakes to avoid colliding with a vehicle or obstacle in its path. There is also technology that enables a car to stay in its lane or move from lane to lane safely, and technology is continually advancing.

Driverless cars offer huge benefits in terms of road safety and decreasing the number of people who lose their lives due to driver error, reckless driving and such. But, who will be held liable when a driverless vehicle is involved in an accident? Will new laws be needed or is the current personal liability framework equipped to deal with liability for driverless vehicles?

There are essentially 3 parties who could potentially be held liable for an accident caused by a self-driving car:

Swedish auto manufacturer Volvo is one of the first automakers to step forward and say that it will accept full responsibility for accidents involving a driverless car if the accident was the result of a flaw in the car's design. But, companies like Delphi Automotive, who create cameras, sensors and other auto parts that are used in the manufacturing of driverless vehicles, may also be held liable if a defect in the design or manufacturing of one of their auto parts results in an accident occurring.

Products liability law has been one of the most dynamic areas of law over the last fifty years or so. While some of the specific questions being raised about driverless vehicles have not been tested in the courts, the most important question is whether or not today's legal framework is equipped to deal with these questions when they do arise.

Generally speaking, most lawmakers believe that the answer to this question is yes. In the past, product liability law has been extremely adaptable to the emergence of new technology. And although driverless vehicles raise many questions, they are not questions that are so new that they will not be able to be handled by today's product liability framework, which will generally get it right and adapt over the years as the technology becomes more common.

If you have a question involving an automotive defect or any other product defect that you believe to be the cause of an injury you have sustained, contact an experienced car accident lawyer to discuss your case.