Why Head On Collisions Result In Devastating Injuries 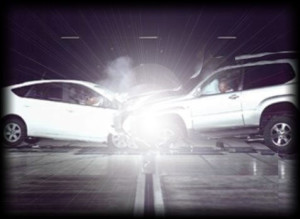 Car accidents in general can be terrifying; even fender benders resulting in no injury can scar you for quite some time due to the shock of the accident itself. One of the most dangerous types of car accidents are head-on collisions, during which two cars hit each other head-on, often leading to severe injuries to the drivers and passengers involved, and in most cases totaling the cars involved.

What are Head-On Collisions?

A head-on collision is considered to be a traffic accident involving two cars that hit each other on the front-ends of their vehicles. These often occur when drivers are in the wrong lane and hit oncoming traffic, or when they veer from their lane into another, hitting an oncoming vehicles in the process.

These can occur anywhere and at any time, and will likely have devastating results no matter which vehicles are involved. While you may think that head-on collisions are rare, they are often the result of impaired driving, making them a constant threat on the roads.

Without any in-depth knowledge of physics, you may be wondering what makes head-on collisions any more dangerous than other types of accidents. You may be thinking, doesn't the engine prevent any damage from happening to me or my passengers?

While this line of thinking is somewhat correct, this is one of the biggest issues behind head-on collisions: when engines are hit hard enough to be torn from their mounts, they can be thrown into the laps of drivers and passengers, ultimately killing or injuring them. However, this is not the only cause of destruction during a head-on collision; when these types of accidents occur, they are generally very abrupt.

One moment, the car is moving at speed, and the next it is stopped in its tracks due to the force of hitting another vehicle travelling at a similar speed. This sudden stop causes your brain and organs to slam into the sides of your body, often causes severe internal trauma and bleeding, which in many cases leads to death.

In fact, a car going 50 miles per hour hitting another car head-on at the same speed is the equivalent of one car hitting a brick wall at that speed, further explaining their destructive nature.

What Can You Do to Prevent Head-On Collisions?

While it's true that head-on collisions are dangerous and can result in devastating injuries, there are several things that can be done to help prevent them:

Head-on collisions are dangerous, however there are a few ways to prevent them. Unfortunately, many of them are caused by impaired or sleeping drivers, making them hard to avoid. By driving attentively and paying attention to your surroundings, you can be better prepared to avoid a head-on collision, keeping you and your passengers safe from almost certain injury.

If you or your loved one suffered serious injuries in a head-on collision, you may be able to obtain compensation for medical expenses and other damages arising from the accident by filing a claim for compensation. These types of collisions can result in injuries that require medical attention throughout your lifetime. Without proper compensation, you may be forced to pay out of pocket, or worse, avoid receiving treatment that is desperately needed to live a normal life.

Victims who would like to call Timothy J. Ryan & Associates to obtain a free consultation for their California car accident can do so by calling (800) 838-6644. Their head-on collision attorneys have helped thousands of victims resulting in over a $1 billion in compensation.

Contact a California Head On Collision Lawyer today for a free consultation.