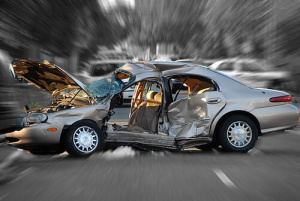 On 2/4, Alberto Lopez was killed in a fatal car crash in Costa Mesa. Mr. Lopez was 32 years old and is from Clarksville, Tennessee. He was driving a white 2010 Toyota Yaris at the time of the collision. He had one passenger in the car with him, a 14-year-old boy who suffered life-threatening injuries. The fatal crash happened around 7 pm and the investigation is still ongoing. Authorities have noted that weather and road conditions did not play a factor in the crash.

Alberto Lopez and his passenger were leaving the parking lot of the Stater Brothers grocery store at around 6:58 p.m. in Costa Mesa. Mr. Lopez was driving his Toyota and heading out of the lot. He attempted to make a turn out of the west driveway of the grocery store when he was sideswiped by another vehicle. Again, bad weather nor slick road conditions were to blame for the fatal crash.

According to reports, Mr. Jesus Manriquez was driving north on Fairview road when his vehicle instigated the collision with Mr. Lopez. Mr. Manriquez was driving a 2009 pickup Nissan Titan truck. He had a 17 year old passenger in the Nissan with him at the time of the crash who is currently being treated for severe injuries. Mr. Manriquez's truck slammed into the side of Mr. Lopez's Toyota as Mr. Lopez left the grocery store parking lot. It is noted that Mr. Lopez was attempting to go south on Fairview drive when he was hit on the driver's side of his vehicle.

The Toyota Yaris slammed into Mr. Lopez's car at a high rate of speed while the Yaris' driver was reportedly trying to go across the northbound lanes. The witnesses at the scene confirmed this information. When the emergency responders arrived, the scene was very chaotic. The Jaws of Life had to be used on the Toyota to remove both Mr. Lopez and his 14-year-old passenger. Costa Mesa firefighters worked as quickly as possible to get both victims removed from the crash and taken to the hospital, but one victim was not fortunate enough to make it out alive.

Mr. Lopez had sustained especially traumatic injuries. He was taken to Santa Ana's Western Medical Center. Unfortunately, at 7:52 p.m. Mr. Lopez died from his injuries. The 14-year-old boy who was riding with Mr. Lopez was taken to a local children's hospital in Orange County. He had a severely bruised lung and lacerations on his arms and legs, authorities noted. Recent reports show that he is still being treated at Children's Hospital in Orange County.

Mr. Manriquez's truck rolled over at the time of the fatal Orange county crash. He and his passenger were taken to a nearby hospital. His passenger, a 17-year-old female, was being treated for pain in her upper arm and may be suffering from a shoulder injury. She was treated at a hospital in Orange County. Mr. Manriquez was complaining of pain in his arm as well as a possible neck injury. Medical authorities have not released any more information at this time. The most recent reports show that he was being treated at a local medical center in Santa Ana.

While fault for the accident has yet to be determined, there is no doubt that some form of negligence was involved for this collision to have occurred. Our thoughts and prayers go out to the victims and their families during this difficult time.

Those who have suffered injuries in a car accident as a result of someone's carelessness or unsafe driving are encouraged to speak with an injury attorney about possible compensation. Injury victims sometimes end up paying huge bills out of pocket when they could have them paid for by the responsible driver's insurance company. Those in need of a free case evaluation for a Southern California collision can call (800) 838-6644 to speak with a Timothy J. Ryan & Associates legal professional about their case with no hassles or pressure to hire.