Vehicles That Are Known To Be Safer Than Others 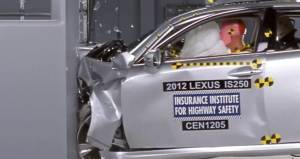 Are you in the market for a new car? Style, performance, and fuel economy are important to buyers. Car shoppers often give the issue of safety less attention if they think about it at all.

A safe car can save your life and the lives of your passengers. Vehicle safety should be a key factor in your buying decision. While cars become safer every year, some are more dangerous than others.

Drivers have been injured in car accidents from the day Henry Ford began the mass production of automobiles. Little attention was given to vehicle safety during the first half of the twentieth century, causing some to view cars as mobile deathtraps.

As cars became faster and roads turned into highways that evolved into freeways, accidents and driving fatalities escalated. The proliferation of SUVs and other large vehicles increased the risk that drivers of smaller vehicles would die in a collision. Early SUVs were prone to rollovers but that problem has been largely corrected in the newest models.

As measured by deaths per mile driven, fatalities in traffic accidents peaked in the late 1970s. Improvements in vehicle safety account for most of the reduction in traffic fatalities since then. Safety equipment we now take for granted did not exist in the infancy of the car industry. Turn signals were first installed on Buicks in 1937. Front seat belts appeared in 1948 but did not become mandatory until 1984. Manufacturers fought hard against mandatory seatbelts and even harder against mandatory airbags despite studies showing that they saved lives.

What makes a car safe?

A safe car is crashworthy. That means it protects occupants from collisions and rollovers.

The two factors that affect a car's crashworthiness are structure and restraint systems. A structurally safe car has been designed to protect the passenger compartment during a collision. “Crumple zones” absorb the force of front-end and rear-end collisions. Car manufacturers create crumple zones by designing frame segments to bend and collapse into themselves during a collision. More advanced designs use materials that absorb kinetic energy during a crash. Strengthening passenger compartments, side structures, and the roof also makes a car more crashworthy.

Crash avoidance and safety technology continues to evolve. Lane departure warning systems monitor lane markings and alert the driver if the car is drifting to the edge of the lane. Forward collision warning systems detect vehicles ahead and warn the driver of impending collisions. Electronic stability control systems help drivers maintain control of the vehicle.

Other safety technologies include:

Shopping for a safe car

The size and weight of a vehicle are primary factors that influence its safety. Bigger, heavier cars are usually more crashworthy than smaller, lighter cars. If safety is your primary concern, buy a bigger car.

Consider the availability of the safety technologies described above when you shop for a new car. Front airbags are standard equipment. Depending on the model, side airbags may be standard equipment or an option, or they may be unavailable. Studies by the National Highway Traffic and Safety Administration (NHTSA) show that side airbags save lives in T-bone collisions. Side airbags mounted in roof rails provide the best protection against head injuries.

New car buyers can turn to two important resources to help them find safe cars. NHTSA measures crashworthiness and rollover safety of new cars, awarding 5 stars to the safest cars. You can search NHTSA's ratings by manufacturer, model, year, and vehicle class. You can perform a similar search on the website of the Insurance Institute for Highway Safety. The IIHS rates the safest vehicles as a Top Safety Pick (good crashworthiness ratings) or a Top Safety Pick + (superior front end crash protection).

Which cars are the safest?

The IIHS gave the Top Safety Pick+ rating to these 2015 small and affordable midsize cars with optional front crash protection:

Which cars are the most dangerous?

As measured by the number of deaths per miles driven, the most dangerous cars from the 2011 model year are these:

The IIHS report also lists the cars with the lowest rate of driver deaths.\

Timothy J. Ryan & Associates are very experienced with all types of car accidents.  With 25+ Years experience, and over $1 Billion recovered, our Newport Beach Rollover Accident Lawyer are ready to help you get the compensation you deserve today.  Call for a free consultation.