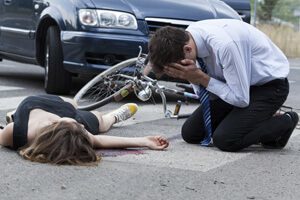 Under state law, family members of a pedestrian killed in a traffic accident have the right to receive compensation through a wrongful death lawsuit. A wrongful death claim is a civil action that must be filed within two years of the decedent's death. Families are entitled to compensation if the driver was totally at fault or even if the pedestrian shared a portion of fault in the accident.

By filing a wrongful death claim, families are entitled to the following types of compensation: lost income that would have occurred over the decedent's lifetime, loss of emotional support, the value of gifts or benefits the family would have received from the decedent, loss of household services such as cleaning and childcare, loss of sexual relations, a child's loss of parental guidance, and medical and burial expenses.

California does not allow a family to sue for pain and suffering of the decedent in a pedestrian wrongful death action. Under California law, the family cannot receive punitive damages unless a charge of felony murder is involved. Otherwise, there is no limit to the amount of damages a family can recover in California.

If your family has suffered the loss of a loved one due to a pedestrian fatality, a wrongful death attorney can help you file a wrongful death lawsuit in order to recover compensation for the economic and non-economic losses you have suffered. The attorneys at Timothy J. Ryan & Associates have been helping families obtain their rightful compensation for more than 34 years and have helped to recover over $1 billion. Call (800) 838-6644 to get help today.